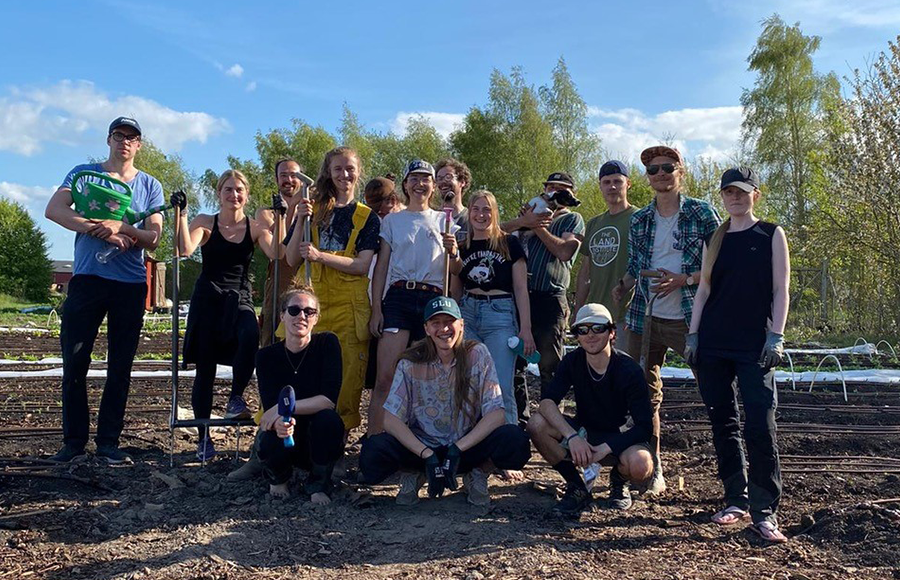 Alnarp Agroecology Farm is the story of four committed master´s students at SLU who started a small-scale farming business. Their purpose was to create a space where theory and practice would meet. The farm has become a vital educational tool and research facility and has also brought together members of the local community.

– It was our Professor Teun Dekker at the faculty at Alnarp, who actually lit the spark to everything. He said, hey there is no practical space for students to apply theory to practice here in Alnarp, why do you guys not start something? says Lily Begg, one of the co-founders of the farm.

The other three co-founders were Caroline Thorne, Max Andersson, Philipp Hansen. It took them all a lot of planning and commitment during 2020 to pursue this idea. It was not until may 2021 they had the opportunity to start. But there were main obstacles on the way.

Lily explains that they first pitched the idea to the faculty at the university who thought it was a good idea, but said that they lacked the resources to help.

– They encouraged us to start this by ourselves, as our own business and find money elsewhere. And things got a lot faster when SLU Holding AB, through Nicholas Jakobsson, decided to help us out. Their help was crucial.

Lily Begg describes that it was Nicholas who pitched for them with the company Grohuset to have a piece of their land to start on. The space was on the campus and they got a plot of land about 400m2.

– The main method that we started with was “no dig” market garden. The idea is that we are not turning the soil at any point, we may be seeding crops, harvesting but we never turn the soil with machinery.

– Growing vegetables like this is highly profitable. It is kind of the economic machinery of our farm. and it is an intensive practice. It is what we call biologically intense. The idea is not to push the ecosystem beyond its ability to regenerate the resources that we are using, says Lily Begg.

Thanks to a bigger team at the start of 2022 they could expand the work at the farm.

Right now they are growing around 30 different vegetables, with over 100 varieties. Lily's favorite is tomatoes where they have 16 different varieties of them. She says that they try to grow as much diversity as possible.

– Diversity is of course important ecologically. We can manage the soil better by rotating crops, we reduce pest pressure by companion cropping and we create a diverse diet and environment for pollinator species.

They are currently experimenting with growing mushrooms and hope to grow them on a commercial scale. In the future they are planning to have fruit harvest. Most of the harvest is sold through two main sales channels. 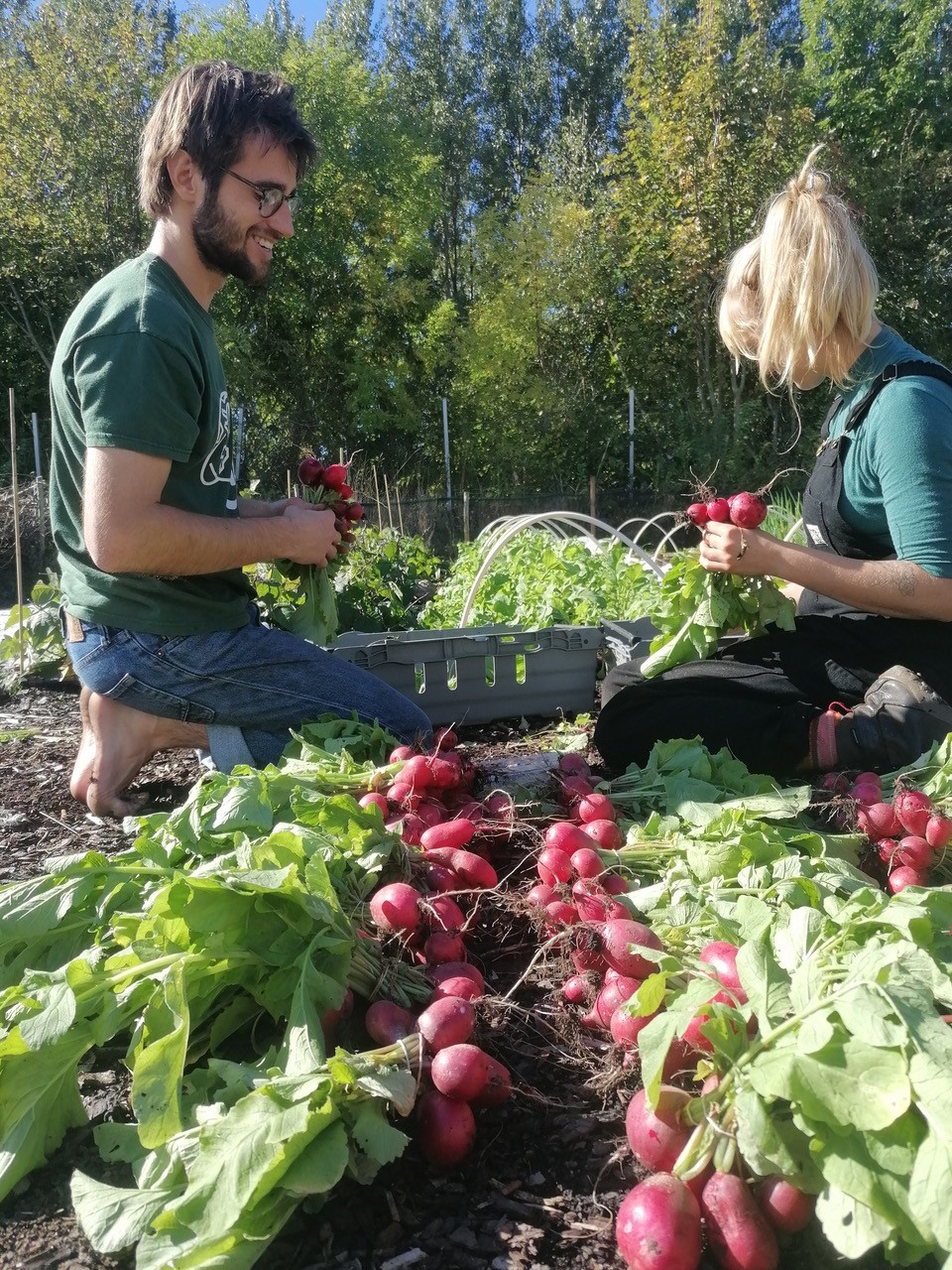 – The first is the veggie box subscription we run. People sign up at the start of the season like in April, and they pay upfront. This is crucial for us because then we have all the money we need to pay for investments for the season, says Lily Begg.

They have two sizes of the veggie box; one is regular and one is large with interesting veggies that surprise the customers week after week. The regular box costs 200 kr a week and the large box costs 280 kr a week. Usually they encourage people to take the larger box and share it with friends and neighbors. They have also a student discount on the regular box, to reach students to get them to eat healthy and invest in this.

– The second channel is a weekly market on Wednesdays. We have mostly people from Lomma, the local village. Majority of the customers are still from SLU which is great because they are who we targeted.

There is also a third channel which is like an internal payment system where they share the harvest amongst the people who volunteer on the farm.

Lily says that at the moment there is a group of 50 volunteers at the farm. These volunteers are mainly students from the university, who have lots of knowledge of different things. Every person who comes brings good ideas which they try to put into the farm.

– These volunteers are hugely important since we all are unpaid currently. To share the time efficiently there needs to be a lot of people involved in the project.

Today the management of the farm consists of a board of nine people. Lily Begg used to be the project manager but has taken the role of an advisor today, since they are going to start an advisory board. She says that there has been a lot of learning during this whole journey.

– On the growing side of things I learnt a lot, but for sure the biggest learning was, how to set up and run a business like this into the long term. It takes a couple of years for structure and continuity to settle down.

For the future she sees that the business needs to solidify a little bit more and eventually employ people. The advice she gives to students is;

– Get as much advice as possible on how to start a business and projects. Plan long term from when you start. It is no good to drain your energy in something that won't last more than a year or two. And finally find someone like Nicholas Jakobsson at SLU Holding.

Get ready for the next season and check out the latest updates at Alnarp Ecology Farm.