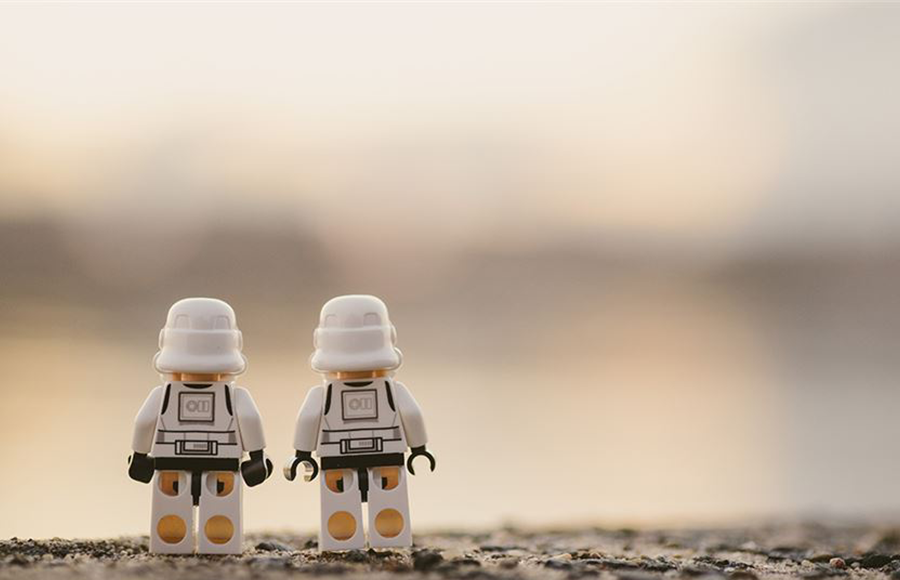 Four of the 70 research projects on the list come from the Swedish University of Agriculture. One of them comes from Johan Lundqvist and Agneta Oskarssons of the Department of Biomedicine and Veterinary Public Health Sciences (BVF), Unit for Pharmacology and Toxicology.

Biosensor for monitoring and detection of chemicals in drinking water

Agneta and Johan's research is based on new methods of analysis whereby the total of all the contaminants hazardous to health in a sample can be measured, using cultured and modified mammalian cells. The goal is to adapt this technology so it can be applied in a biosensor. The biosensor is to be installable in water treatment plants, where it can continuously monitor and quickly detect chemical contaminants hazardous to health in the water.

“Inclusion in IVA's 100 List is an excellent acknowledgement that our research has great potential to contribute to the goal of safe drinking water for everyone. We hope that inclusion in the list will contribute to many new contacts in the water and technology sectors, so we can further accelerate the pace of our work by making our innovative analytical methods available to the water industry,” say Johan Lundqvist and Agneta Oskarsson, researchers at SLU and founders of BioCell Analytica. 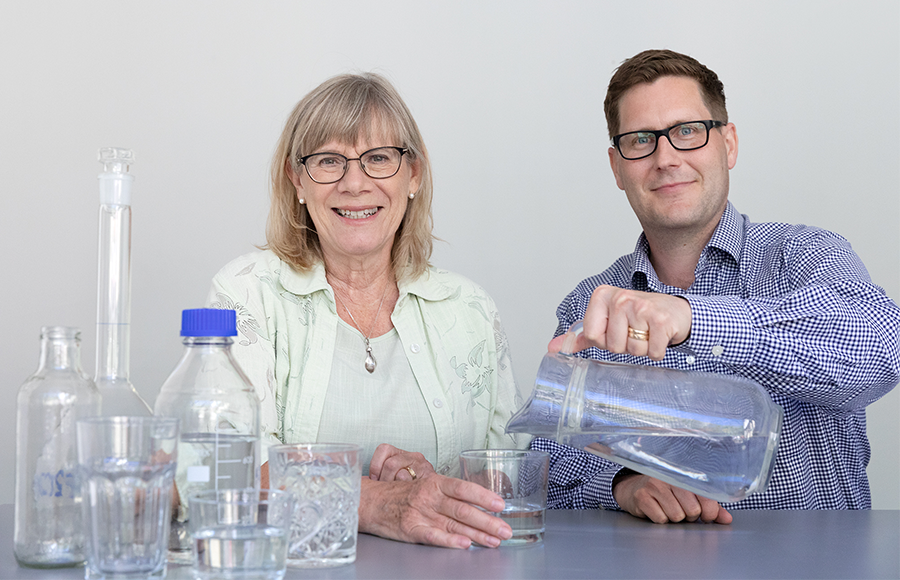 Behind the project are Magnus Ljung and Lars Johansson of the national collaborative platform SLU RådNU in Skara
Landowners, animal keepers and other stakeholders are often unaware of the full potential of the land. In a biobased economy there will be an increased focus on the resources and values of the cultivated landscape. But what do we want future optimum land use to be like? In order to deal with this complexity, different perspectives have to be integrated. 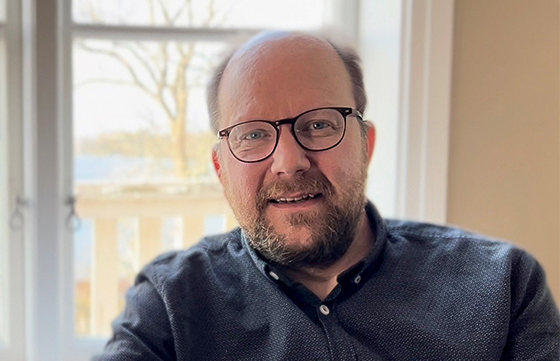 “Through our research we’ve developed a unique method that supports stakeholders in making balanced decisions and that is based on large volumes of input data that permit an overall perspective and at the same time an increased level of detail compared with use of existing tools. A structured dialogue and conscious planning enable sustainable land and water use,” say Magnus Ljung and Lars Johansson. 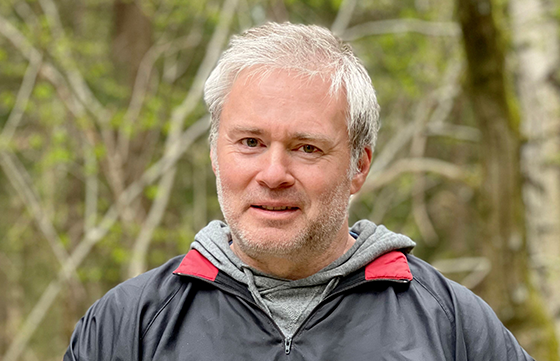 Two projects from Umeå have been included in the list for the second year in a row.

Cultivation of mushroom for non-meat protein and renewable energy 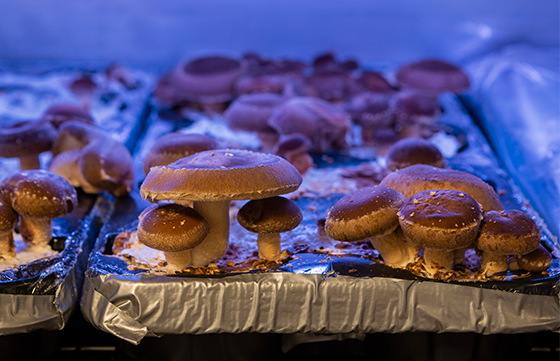 A patented process of resource-efficient cultivation in residual products from Swedish forestry has been developed. During cultivation the fungal mycelium breaks down lignin in the wood and releases cellulose, facilitating bioconversion of the culture medium used into ethanol. Shaojun is a researcher in the Department of Forest Biomaterials and Technology. 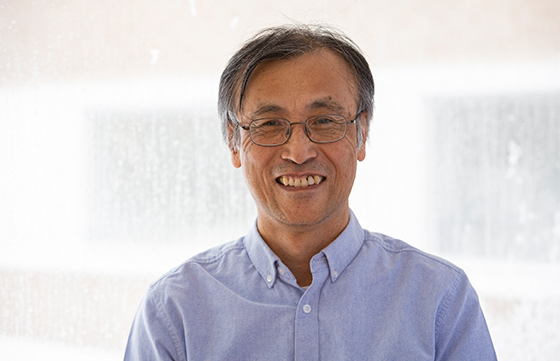 Vertisà
Maria Rosario Garcia-Gil, a researcher in the Department of Forest Genetics and Plant Physiology, has developed a vertical modular integrated cultivation and irrigation system developed for use on facades as part of the Vertisà project. The system has been designed to release water in accordance with the needs of each individual plant, making them easy to look after, and reducing the risk of overwatering and moisture damage to the walls. 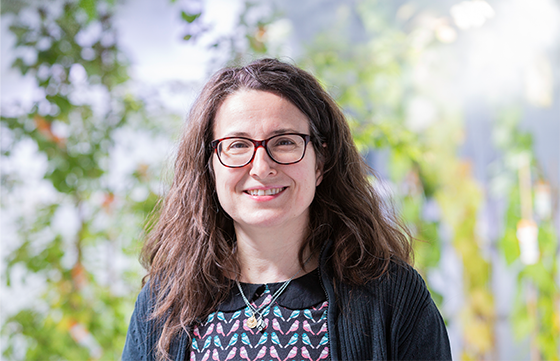 The focus is technology in the service of humanity
In this year's 100 List IVA emphasises research projects that deal with ensuring that new and future innovations do not threaten but facilitate better housekeeping and distribution of the Earth's limited resources, increased sustainability and circularity, increased equality, democracy, security, health and wellbeing for the whole of mankind. The 70 research projects have been selected by means of a thorough nomination and selection process based on a number of established criteria for creation of value for business and society.

About the 100 List
The 100 List is being developed by the IVA project Research2Business (R2B), which seeks to make Sweden a leader in the conversion of academic research in the technical and economic sciences into innovation and competitiveness in industry & commerce. IVA's 100 List was launched in conjunction with IVA's 100th anniversary in 2019, hence the name. The selection committee comprises over 40 qualified people from IVA's wide-ranging network of representatives from academia, industry & commerce and the public sector. The project is being run in collaboration with the Swedish Agency for Innovation Systems (Vinnova), the Swedish Intellectual Property Office (PRV), the Association of Swedish Engineering Companies (Teknikföretagen), the Confederation of Swedish Enterprise (Svenskt Näringsliv), the Knowledge Foundation (KK-stiftelsen), the venture-capital company Almi and Sweden's universities and institutes of higher education.