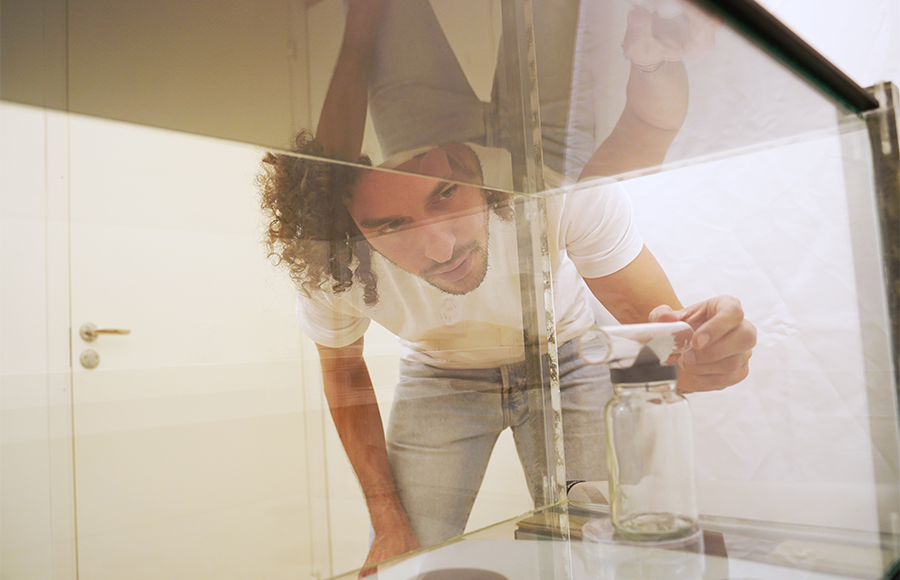 It is the harmless black and yellow-striped hoverfly that is the focus of Paul Becher and Guillermo Rehermann's research. They see a new and expanded role for the hoverfly to solve three major challenges in crop production. Their discovery won them first prize when SLU Alnarp and Sparbanken Skåne's Innovation Prize was awarded this year for the first time.

It is the harmless black and yellow-striped hoverfly that is the focus of Paul Becher and Guillermo Rehermann's research. They see a new and expanded role for the hoverfly to solve three major challenges in crop production. Their discovery won them first prize when SLU Alnarp and Sparbanken Skåne's Innovation Prize was awarded this year for the first time.

In the wild, the hoverfly acts as a pollinator, but in greenhouses and tunnels it is mainly bees and bumblebees that are used in pollination. But the hoverfly has proven to be a good, a little milder and not as messy pollinator. The presence of the hoverfly in greenhouses today is primarily as larvae where it is used as a biological control organism and effectively protects plants by eating a considerable amount of aphids.

Hoverfly – an insect that can solve more problems
The idea now being praised can give the hoverfly an expanded role. In addition to transporting pollen, it can transport beneficial microorganisms used for biological control of plant diseases. A role that the hoverfly – according to Paul Becher and Guillermo Rehermann, researchers at the Department of Plant Protection Biology at SLU Alnarp – appears to be able to fill more effectively for certain microorganisms than bees and bumblebees.

“Since hoverflies are attracted to certain yeast species, they are able to transport and provide good microorganisms for plants,” says Paul. “Something that greatly increases the chances that the plant’s flowers will be healthy and by extension that the berries and fruit of the plant will mature and thrive.”

Test to find out if hoverflies can do the job
What Paul and Guillermo hope and expect is that hoverflies will be able to serve as a universal tool of sorts to combat aphides, contribute to pollination and help with the spread of beneficial microorganisms as a way of preventing plant diseases.

The next step is to continue to develop and test the idea, which turns out to be a side project that through the award is now receiving increased attention.

“We’ll now invest more time in the project, continue analysing the chemical interactions in the process and look for the yeasts the hoverflies are attracted to,” says Paul. “We want to conduct more experiments in greenhouses and hopefully we will also find parties who are interested in working with us and participating in development.” 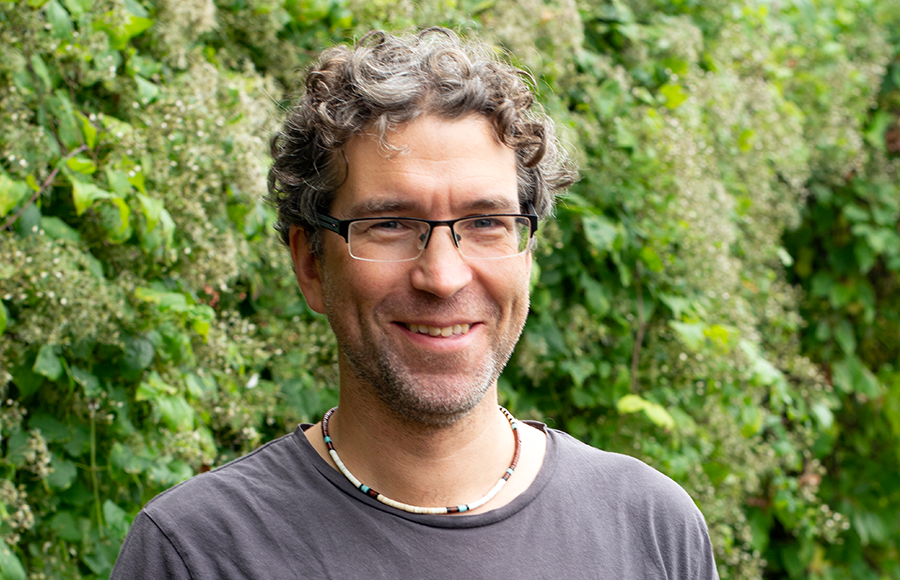 Inspirational collaboration with passion for plants
The dream of both Paul and Guillermo is to find a new biological method that can provide plants with good protection and reduce the use of pesticides. The two researchers have been collaborating since 2018 and they share the same interest – how plants, insects and microorganisms communicate with each other and to try to understand the chemical communication. Both work in Alnarp; Paul as a researcher and Guillermo as a PhD student. Collaboration that Guillermo describes as smooth and easy, with extensive interaction and with an open exchange of experiences.

“Paul and I have been working together since 2018. We established good contact straightaway, which is important when jointly researching and developing projects. Our job requires both passion and perseverance and that you can work interactively. I’ve always been interested in insects, initially focusing on how they move about and behave. The emphasis now is on my interest and research in the interaction between insects and microorganisms, and how the chemical interaction affects insect behaviour,” says Guillermo, who spends 75 percent of his time as a PhD student and the remaining 25 percent conducting research projects in the same field in Uruguay, which is also his home country.

For Paul, the same applies. There is that strong passion for nature that was awakened early on. An interest where the focus now is on the chemical interaction between plants, microorganisms and insects. A particular interest is microorganisms and their important role in crop production, an area that has garnered increased interest over the past 10–15 years and naturally plays a key role in the scent of a plant and the taste of its fruit.

Prestigious prize that can open new opportunities
Having been awarded the SLU Alnarp and Sparbanken Skåne Innovation Prize means a lot to Paul and Guillermo.

“It is an honour to receive this award, to be evaluated and judged. We didn't expect to get the prize but still wanted to apply. We firmly believe in our project but have not had the opportunity to follow up our ideas in detail. The prize gives us the resources to develop the project, which means a lot for a new idea. Receiving support helps us move forward and we can start a process where we can apply and perhaps get more funds to go even further with our project,” says Paul Becher, researcher at the Department of Plant Protection Biology at SLU Alnarp.

Read more about award-winners Paul Becher and Guillermo Rehermann, their project and the jury's motivation for awarding the Sparbanken Skåne Innovation Prize for 2020 to SLU Alnarp.