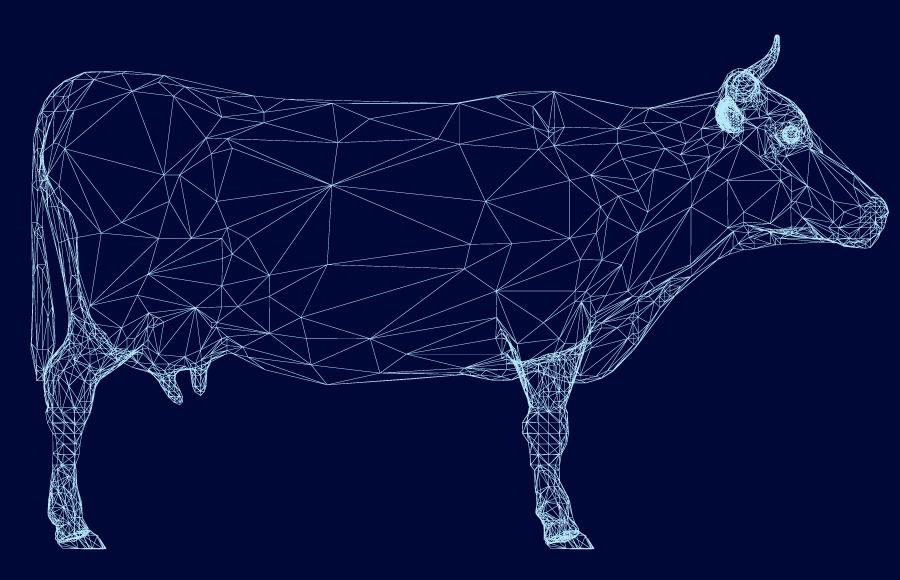 Focus on The Digital Animal

Digital technology has been used for several years in the agricultural sector. The development is fast and from initially being used in ventilation, feeding and animal environments, the technology is now entering the animals via microchips and sensors.

Digital technology has been used for several years in the agricultural sector. The development is fast and from initially being used in ventilation, feeding and animal environments, the technology is now entering the animals via microchips and sensors.

To raise the issues of digitisation and animal welfare, and benefit from technical development and research, organisations within SLU Campus in Skara have arranged the seminar series The Digital Animal. The first seminar was held during the spring and brought together more than 70 farmers, researchers, advisors, companies and inventors at Gothia Science Park in Skövde. At the launch of the seminar series The Digital Animal there was considerable interest in holding discussions with others in the industry, hearing about product news and current research, networking and creating new contacts.

Fast technology driven development
The first speaker of the day, Helena Silvander, CEO of Tillväxtbolaget för Sveriges Lantbrukare (the growth company for Sweden’s farmers) noted that the rapid and extensive technology development in agriculture means major changes. A development in which the individual farmer has gone from being a raw material supplier requiring considerable manual labour to being a business with large investments in new technology and new buildings, renewed production methods and with new far-reaching regulations for the environment and animal health.

- One example that demonstrates the major changes is how cows are milked. From tethered milking where cows stood in their stalls and were milked at fixed times to today's technology with milking robots and milking carousels where the cows themselves decide when they want to be milked. In the past, the information available about each cow was recorded on a slate above the stall. Today a milk sample is taken at the time of milking which provides information on several different parameters that affect the animal's health status, milk quality and much more.

New challenges require collaboration
Looking ahead, Helena sees even greater challenges. On the one hand, it is about running the business optimally, finding employees who want to work in the business and using digital technology to get decision support to act on in order to develop the business in the best way. Another challenge is the consumer perspective, being transparent and clear about the way technology is used and how it contributes to better animal welfare.

To collaborate and exchange experiences and knowledge about new technologies was another of the pieces of advice for success given by Helena. Also featured prominently during the seminar were a number of innovations presented in connection to beef and lamb production from Eurotier Hannover 2018, the world's largest fair for animal production.

Digital news from Eurotier 2018
Clearly there is a lot happening. Both in terms of new technologies and new solutions to give the user a better overview of collected information and to deliver measurement data to act on. Much of the new technology was about allowing measurements to be made by attaching sensors and tags to the animals in order to optimise production control and health control. Also solutions for monitoring and positioning inside and outside were presented. This included an idea for artificial grazing control outdoors. Also, heat detection and more opportunities for getting advance information about when calving is approaching as well as weight control to optimise slaughter time were included in the new technology. A new opportunity to analyse feed, new techniques for indoor camera monitoring, new techniques for weight control and even sensors submerged in the milk tank and sensors in the cow's belly were presented as well as new possibilities for using milking robots to take milk samples.

Measuring the technology you want to measure
The list of innovations from Eurotier 2018 along with technology and solutions from other projects is impressive. Anna Hessle, researcher at SLU Skara, looks positively at the development but adds that it is important that the technology is validated. Something that she thinks is the task of researchers. In order to provide real support, the technology needs to function in the context in which it is to be used. The monitoring of animal welfare in large herds is important. With new technology you can detect deviations early and get decision support to know what needs to be done and when to do it. With well-functioning digital technology, you can get important information, but in order to take the right action, the basis for the decision needs to be correct.

Ultrasound as a tool for quality assessment
Another area where research is underway is the ultrasound scanning of live animals. During the seminar, Cecilia Lindahl from RISE Uppsala, presented an ongoing project that looks at the advantage the technology can offer. The project is about measuring marbling in live cattle.

Marbling or intramuscular fat in the animal's musculature is a good indicator of the sensory quality of the meat. Marbled meat is perceived to be more tender and better tasting. Ultrasound scanning is completely harmless to the animal and there is value in assessing the marbling of individual individuals in an animal herd in order to optimise feeding and slaughter times. The project scans both animals for meat production and breeding stock and assesses the marbling before slaughter and then makes a comparison of the carcass after slaughter.

Anders H Karlsson, professor of meat science at SLU Skara, is positive about the marbling project and also highlights hyperspectral technology previously used in projects within the meat and dairy sector.

- I think it is important to develop techniques for classifying and evaluating the carcass. Marbled meat is requested by the leading restaurants in Sweden. The technology makes it possible to deliver and get paid for especially high quality meat. The technology also makes it possible to provide feedback to the producer, who can thus deliver and get paid for meat that the slaughterhouse can sell at a good price. Sweden can produce good meat. Meat consumption in Sweden is falling but the share of Swedish meat is increasing, says Anders H Karlsson.

After short workshops and good discussions, the seminar was concluded and it was noted that the future is not only about digital technology. A good attitude towards the animals is necessary to optimise and further develop Swedish animal husbandry sustainably and in the long term.