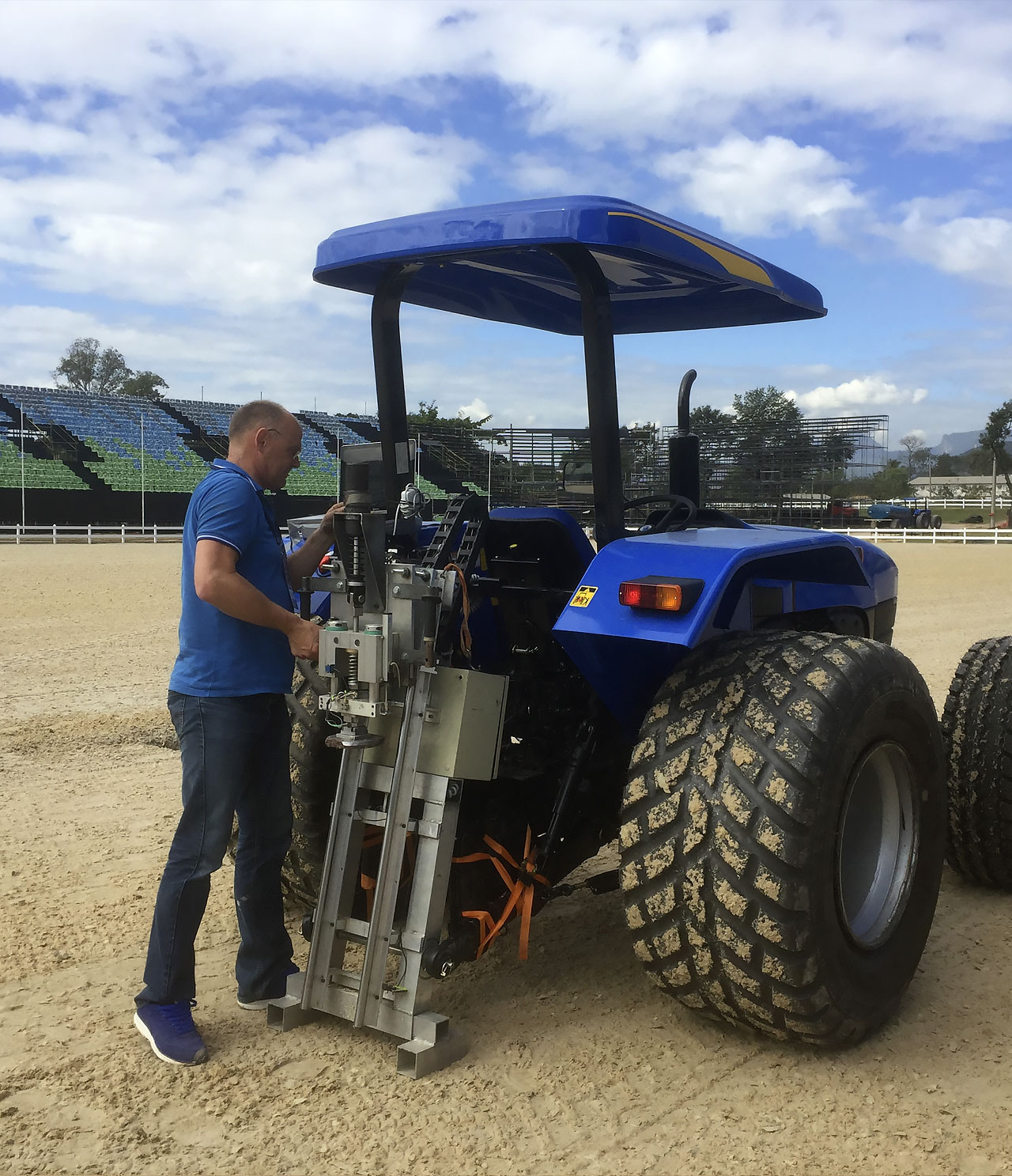 FROM UPPSALA TO THE OLYMPICS IN TOKYO – MEET LARS ROEPSTORFF

Lars Roepstorff’s interest in horses was aroused at an early stage, and he has done competitive riding since his childhood. And with a doctor as a father, Lars has always been attracted by the combination of medicine and animals, which meant he started on a veterinary programme after secondary school.

During the veterinary programme he gradually started research in the Department of Anatomy, Physiology and Biochemistry at SLU, which was already the world leader in biomechanics, with its projects to optimise surfaces and cambers at Swedish trotting tracks. Lars was involved in projects to measure movements, loads and forces when horses were competing, in order to establish values for the animals’ perception of the different surfaces.

Injuries in elite horses led to an increased emphasis on track surfaces at competitions
During the 2004 Olympics in Athens several elite horses suffered serious injuries in conjunction with the races. This meant that a much greater focus on research into track surfaces. Developing the ideal surface to suit all tracks was not possible, so Lars and his team instead used an objective method of creating product declarations regarding tracks for horses. Use of a robotic horse leg against the surface simulated the forces and loads experienced in competitions. The response was measured, creating values for the way horses’ experience and feel the surfaces.

The method was tested at the 2012 Olympics in London
Lars and his team got to try their methods out at the 2012 Olympics in London. It was confirmed here that the method objectively measured relevant factors. This was of great importance at the test event in the Olympic show-jumping arena in Greenwich Park, which allowed measurement of the big difference in cushioning provided by the surface. The method became an objective yardstick, unlike the situation hitherto, whereby opinions and views played a major role in the design and adaptation of track surfaces.

The Rio Olympics and more challenges from Swedish trotting and horse racing
During the Rio Olympic Lars and his team were commissioned by the International Equestrian Federation with being involved from the start as an official partner, with a remit that included giving final approval for the track surface. After that Lars and co started work on trotting and horse racing, having won the prize awarded by the Swedish equine-research body Stiftelsen Hästforskning for that year's project regarding its overall research into track surfaces.

"Doing applied work and developing horse-friendly solutions that contribute towards reducing the risk of injury in animals makes the work inspiring and meaningful," says Lars, who is happy that the research can be transferred to the direct benefit of the industry.

"SLU Holding has participated in various solutions regarding IP issues, and has supported verification of research results for the market.
SLU Holding has also been a fantastically important sparring partner in connection with meetings with the equine industry,” says Lars Roepstorff.

The team is now getting charged up for the upcoming contributions to the 2020 Olympics in Tokyo!