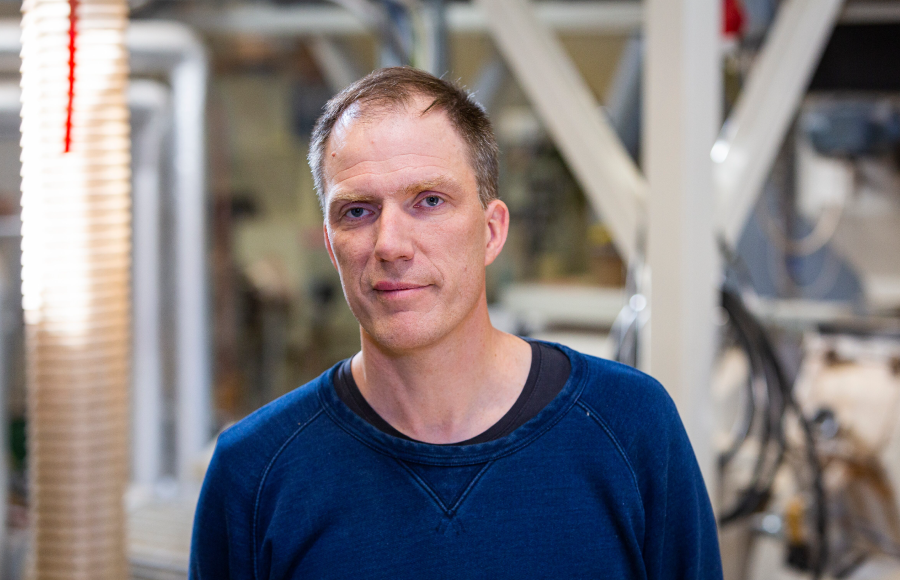 At SLU in Umeå a group of researchers have developed a new way of introducing steam in fuel-pellet production. This is a new, patented method that radically reduces energy consumption during pelleting, whilst retaining the finished product’s quality.

When producing pellets from torrefied materials the material’s moisture content is a parameter crucial to process control and product quality, but adding the right amount of moisture at the right stage of the manufacturing process isn’t that straightforward. This is a problem that SLU Umeå researcher Magnus Rudolfsson and a group of other researchers have found a solution to, and that has undergone further development, creating a new, patented method.

Moisture at a later stage of the process

“The technology currently in use involves addition of moisture in the form of steam to the mixer screw upstream of the pelleting press, but with our method you add the steam at a later stage of the process, at the same time as the pressing. This technique resolves several problems that are currently problematic – e.g. the material taking on moisture and becoming sticky before it reaches the press, the water evaporating on the way to the press, or other problems arising as a result of the heat caused by friction during pressing. Addition of moisture at a later stage of the process also allows one to control and calibrate the production process in a completely different manner, and the method furthermore means radically reduced energy consumption," says Magnus Rudolfsson, researcher in the Department of Forest Biomaterials and Technology, SLU in Umeå.

The SLU Umeå research group of which Magnus is part also includes Torbjörn Lestander, Sylvia Larsson and Mikael Thyrel. The group is collaborating on several joint projects. Resolution of problems in connection with pelleting is not actually the research group’s main field, but after successfully trying out his idea on a small scale, the next step, i.e. testing on a larger scale, was taken – a decision that proved to be right.

“We repeated our full-scale tests with a press in a pellet factory, and the results of our incremental pilot tests were verified. It transpired that our method of adding steam as close as possible to the pressing was more effective than the current practice of adding the steam to the mixer screw. Energy consumption was radically lowered, with just a third as much steam being needed. We also benefited from a bonus effect – the press functioned more smoothly and evenly, indicating reduced wear,” says Magnus.

The new method, which facilitates addition of moisture at a later stage of the production process, has huge potential.

“The requisite technology can easily be employed in existing equipment without any major intervention. The investment is quickly repaid. The technology itself additionally creates new and interesting future options, as it can also be utilised in pre-processing, using the equipment to make additions other than steam by way of preparing the material for the next stage,” says Magnus.

"We often look to industry and the requirements of our research. We have discussions and try to snap up problems where we may be able to contribute solutions. Contributing to solutions through our research is an important driving force for us, in the same way as the work on open-ended research”, says Magnus.

SLU Holding is another player that Magnus and his team see as being vital to speedier progression of their research and creation of benefit for society.

"Without the collaboration with SLU Holding and the support we get, we probably wouldn’t have moved on and patented our solution. It’s a labour-intensive process, and for us it’s hard to find the time we need and fit it into our project-driven and externally financed research".

Magnus and his colleagues’ advice to other researchers who wish to progress their idea is that they do likewise.

“Get in touch with SLU Holding. They’re are just ‘a few rooms away’. When they make the assessment that you have a good idea, you’ll get assistance. It’s absolutely amazing, and definitely something I've never experienced before. We don’t know what the future has in store, but discussions are in progress at many levels both within academia and with the industry,” says Magnus Rudolfsson, researcher at the Department of Forest Biomaterials and Technology, SLU in Umeå.

If you wish to discuss an idea or research project within the green industries, please contact one of SLU Holding's Senior Busines and Innovation Advisors.

Read more about Magnus Rudolfsson and his colleagues. 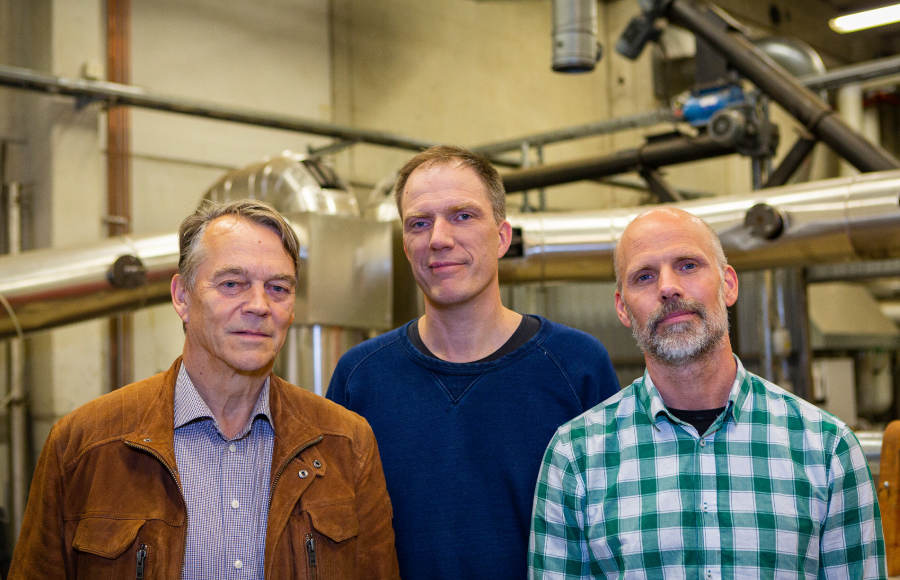 The researchers behind the pellets invention. From left: Torbjörn Lestander, Magnus Rudolfsson and Mikael Thyrel. Missing from the picture is Sylvia Larsson.
Photo: Göran Ekeberg/addlight