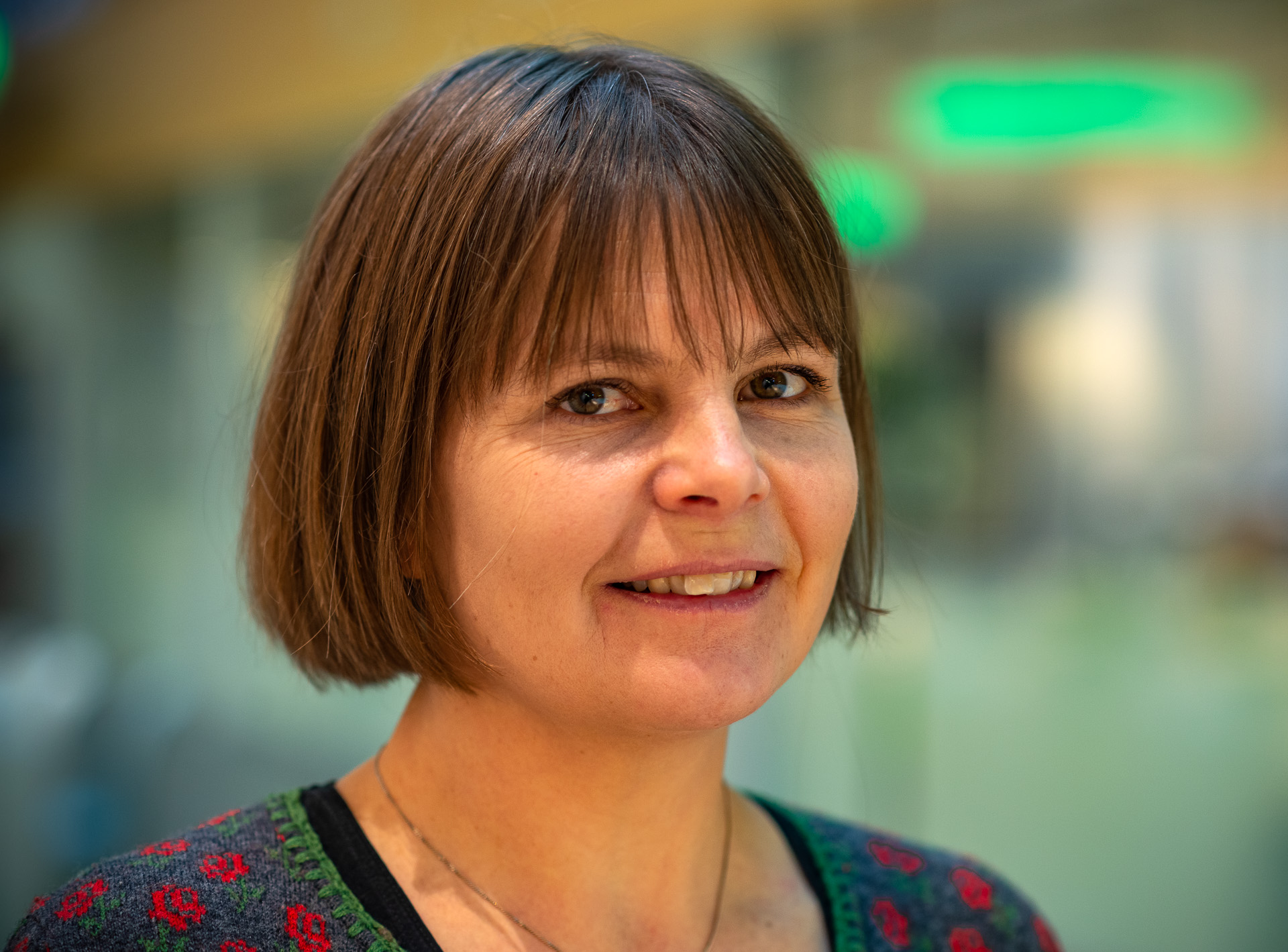 Elin Röös – researcher focusing on sustainable food production, with a desire to see her research come to use

Since 2008, Elin Röös has been affiliated with SLU. She has always had an interest in agriculture. Becoming a farmer was exactly what eight-year-old Elin dreamed about; a dream which she pursued as a teenager with summer work on her cousins’ farm in Värmland. But it took a few years and a master of science in engineering physics before this interest became her career choice.

“After 10 years in the IT and telecommunications industry, my great interest in agriculture re-emerged and I began my doctoral studies at SLU. It was a time of increased environmental awareness, and for me personally the issues of sustainability and how we affect our environment were especially important. My third child had just been born, and just like all parents we wanted the best for our children. But at the same time, I could see how our western lifestyle was a sort of luxury life at the cost of our children’s future. I felt a strong urge to contribute and was totally driven by this sense of debt, so I took the chance when it arose,” Elin explains.

Holistic perspective on the food chain

In 2013, Elin defended her thesis on the climate impact of food - Analyzing The Carbon Footprint of Food – Insight for Consumer Communication – and today, Elin is part of a number of research teams.

“One of the projects I’m involved in is about developing climate smart and protein-rich foods from domestically grown legumes. Another is about studying and estimating the effects of climate tax on food. I also work with a project which concerns sustainability issues in Swedish agriculture in order to increase knowledge about what sustainable agriculture is.

The fact that the research reaches beyond the academic world is very important to Elin, and is also one of her driving forces.

“We are facing major changes. Sustainable food production and land use is a complex area which concerns several factors such as cultivation, climate impact and water use. And it’s difficult. The easy part is already done. The questions we now face are so difficult that sometimes the answer from us as researchers is that the situation is so complex that we are unable to provide answers. It’s just not good enough. The way I see it, we need to find ways of conveying the knowledge we have to the people making decisions.”

The matter of sustainable food production and land use is not only big, broad and complex. It’s also sensitive.

“Yes, that’s how it is. How we will produce food and use our land are sensitive questions. Even if we know on the whole what needs to be done, it’s not simple. And as researchers we’re not always so good at communicating the knowledge we have either. But major changes will be necessary. We need to reduce our animal consumption by 70-80 per cent in order to achieve sustainable food production.

The Meat Guide - a collaboration with the World Wide Fund for Nature
The areas which have been defined and which we are researching into when it comes to sustainable food production are feed production, manure handling and ruminant animals. One concrete result which shows what research can contribute to addressing these issues is the Meat Guide, which is aimed at interested consumers.

“The Meat Guide began as a research project together with a group of consumer researchers. The matter of how we convey a complex problem in a simple manner became key, and we developed the Meat Guide as an attempt to help interested consumers to choose better meat and eat less of it. Many liked the initiative, but there were also a number of sceptical voices and some telling us that the task was impossible; something which inspired us to work even harder.”

Since its presentation, the Meat Guide has been updated and expanded and can now be downloaded to your phone as an app. The World Wide Fund for Nature (WWF) is now running the Meat Guide and has invested in and added new functions to the app. There are plans to complement the Meat Guide with a Vegan Guide.

Important that the research is beneficial
There are many ways to utilise research findings.

“I find the fact that the research comes to good use stimulating, and I feel it’s very positive that the World Wide Fund for Nature is to committed,” Elin explains. “For me, it was never on the cards to start a company to develop the information commercially. Nor did I feel that I wanted to be paid by a non-profit organisation. Together with SLU Holding, I received help producing an agreement in which WWF undertakes to develop and run the app for a number of years. It’s a positive development and a good example of a concrete way in which current research can be used.”

But the work to bring about sustainable food production and land use is not based simply on what consumers choose. It is also about the food industry and trade. And political leadership.

“What we can contribute as researchers is the knowledge which enables decisions to be made on scientific grounds, not half-truths or myths. Politically speaking, there are various tools of persuasion. For consumers, it must be easy to do the right thing; trade and the food industry need to take greater responsibility. People will always need to eat, so there will always be opportunities to earn money from food. The important thing now is to see new opportunities.”

The drive to reach out and solve problems

Research can contribute in many ways.

“For me personally, it’s important that my research comes to use because I’m driven to solve acute problems. Reaching out with our research is important. But today it’s more meritorious for a researcher to publish their research than, as in my case, to put a great deal of time and commitment into lectures with the aim of reaching out with new knowledge. Research today is also quite ‘narrow’. One way of broadening our research may be to look around and listen to where the questions are coming from, identify the areas within which we want to learn more and those which are interesting for further research in order to gain new knowledge. Commercialising research is another route. And if the researcher has no interest in this or doesn’t want to run something themselves, it’s possible to develop ideas through cooperation with SLU Holding. This is a valuable opportunity and an important way for research to reach society,” says Elin Röös, researcher in the area of sustainable food production and land use at SLU.

Read more about Elin Röös and her research here.