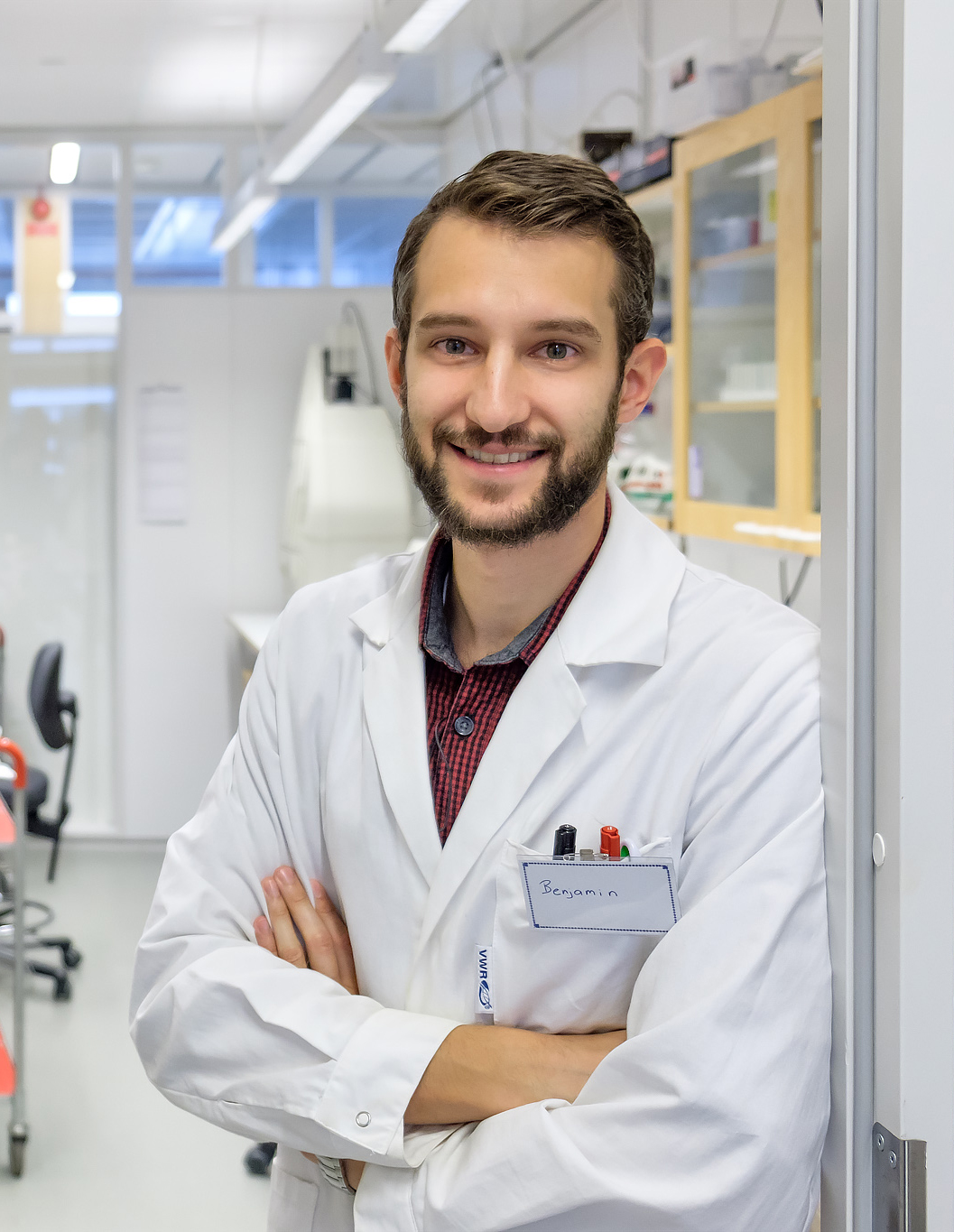 NANO-FIBERS FOR FAST AND SAFE DIAGNOSIS OF DISEASES – MEET BENJAMIN

Benjamin Schmuck is a protein chemist and a PhD student in molecular biotechnology. Benjamin is currently researching into proteins in biotechnological applications – something that may change the diagnosis of common diseases in the future.

Benjamin hails from Austria, but he applied to Sweden when it came to university studies. He has behind him a Bachelor’s degree in chemistry and a Master’s in biochemistry from Uppsala University. It was specifically Uppsala University, one of the world's most prominent seats of learning, that attracted him to Sweden over eight years ago. Benjamin’s interest in chemistry was aroused back in his teenage years, and the subject has really taken a hold on him, though his great interest at a young age was actually physics, which remains one of his interests.

"I love innovations – in both chemistry and physics. The innovation I find most exciting right now, apart from my own research, is the current construction of the ITER fusion reactor in France. It may lead us to meeting all our energy needs in an environmentally friendly way – an exciting project, to say the least,” says Benjamin.

Benjamin’s day job is in the field of molecular biotechnology and biochemistry – areas in which his secondary-school chemistry teacher in Austria aroused his interest.

"My chemistry teacher really got me involved! I’ve been in contact with him since embarking on my research, and he thinks what I'm doing now is extremely interesting. It's great fun, as he's been such a big source of inspiration for me," says Benjamin.

Ongoing research into nanofibrils
The topic Benjamin is researching into is proteins in biotechnological applications. He is working on proteins when they transition from their original state or ‘native fold’ to an alternative fold.

"We produce functional nanofibrils (nanofibers) – very small ‘threads’ about 4-10 nanometres in diameter and a micrometer or so in length. These nanofibrils are incredibly stable, which means we can attach other active proteins and enzymes to them," explains Benjamin.

The nanofibrils can thereby be equipped with several different proteins and thus several different functions. As nanofibrils have a very high surface area-to-volume ratio, they are eminently suitable for biotechnological applications, as a large number of enzymes or other interesting proteins can be immobilised in a comparatively small volume.
Benjamin is working on fibrils that can bind the antibodies, break down antibiotics, and Xylan (a polysaccharide in hemicellulose).

A vision of early diagnosis of serious diseases
Proteins are also important in diagnosing diseases – so-called biomarkers. Specific proteins are produced in the body when you get a specific disease, e.g. heart disease. The nanofibrils could be used in diagnostic kits for detection of the proteins generated by specific diseases that is far more robust and sensitive than current diagnostic methods.

"Early diagnosis can be crucial to successful treatment," explains Benjamin.

Collaboration with SLU Holding
Benjamin has not only researched into nanofibrils and proteins in biotechnological applications but is also in the process of starting a company that is now aiming to introduce applications to the market. Along the way SLU Holding has helped with the issues of patents, commercialisation and development of strategic plans.

"We have had excellent and close contact with SLU Holding. When we started to see the potential of nanofibrils in 2014 they were at our side and supported us. They have contributed general help in the form of tips and advice, and we wouldn’t have been where we are today were it if not for them! We’ve received funding through Vinnova," explains Benjamin.